Sam Panettiere has over thirteen years of experience in public policy and public affairs. As Principal of Panettiere Public Affairs, he represents a number of diverse clients in the Missouri state Capitol including the largest municipality in the state, the City of Kansas City, Missouri, as well as Fortune 500 companies, private corporations, non-profits, and advocacy groups.

Prior to lobbying at the state Capitol, Panettiere served as District Director for former United States Senator Kit Bond. During his years as an aide to the Senator, he worked across party lines with leaders in City, County, State and Federal government offices. Panettiere has built successful coalitions on various projects in the region and continues to focus on economic development and infrastructure issues. Panettiere has helped clients secure substantial federal and state appropriations through the legislative and administrative processes including the Major League Baseball Urban Youth Academy in Kansas City. In addition, he has been recognized by his peers for his success in stopping legislation detrimental to his clients.

In addition to his experience with public policy, he has collaborated and consulted with various political campaigns. In 2008, Panettiere served as the Deputy Political Director in Missouri for the Presidential Campaign of U.S. Sen. John McCain, winning the only one of twelve targeted states in the cycle.

Before his career in politics and government, Panettiere earned a Bachelor of Science in Political Science and Public Administration from Northwest Missouri State University in Maryville, Missouri. Sam lives in his hometown of Kansas City with his wife Melissa and two sons, Henry and Jack, and daughter Hope.

The Missouri Times 2015-2016: “Coming out of Republican politics in the last decade Panettiere knows literally everyone up and coming in state political circles. Today, he has a marquee client in helping the City of Kansas City navigate the political waters, which has been a way to showcase his ability. He has impressed everyone he has come in contact with.”

“Sam brings a unique perspective to the City with a background that allows him to see first-hand how important it is for the City to maintain positive relationships and effective communications with our state and federal officials,” 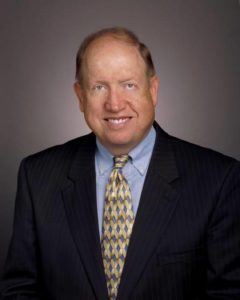 “His knowledge of the policies and politics at all levels of government, his relationships with key players, and his experience as an aide for Sen. Bond on economic and community development issues give him the ability to work in a bipartisan fashion in the pursuit of a common goal – getting our area’s fair share of federal and state appropriations; His expertise will be a great benefit to the entire community.”

– Councilman John A. Sharp, chair of the City’s legislative committee 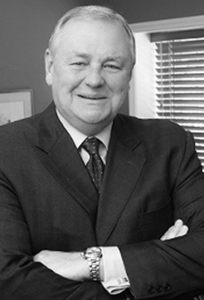 “Sam is a tireless advocate. In the last 7 Years, I have a had the pleasure of working with Sam on behalf of the City of Kansas City and witnessed this first hand. His dedication and command of the issues is quite impressive.  Members of the Missouri General Assembly have come to respect him and value his counsel. Anyone that retains Sam’s services will be most fortunate.”

“There is no harder working or more diligent advocate you can have advocating for you in Jefferson City. Sammy is smart, driven and will go the extra mile to make sure his clients needs are met.” 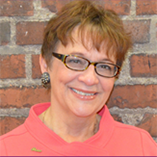 Sammy has the experience, the expertise and the state and local connections to help us successfully  navigate the ever-changing landscape of governmental policy making.  Most important, though, is his compassion and commitment to improving the lives of those we serve. His focus is always on the human face of public policy and that makes all the difference!”

At PPA, we offer tailored services to fit your organization's needs.
Our services

Full-range communications services help you reach your intended audience in the most effective way.

Innovative strategies for
your organization

NAVIGATING GOVERNMENT FOR YOU

With over 13 years of experience and carefully curated relationships, we'll make government relations beneficial to your organization.
Contact PPA